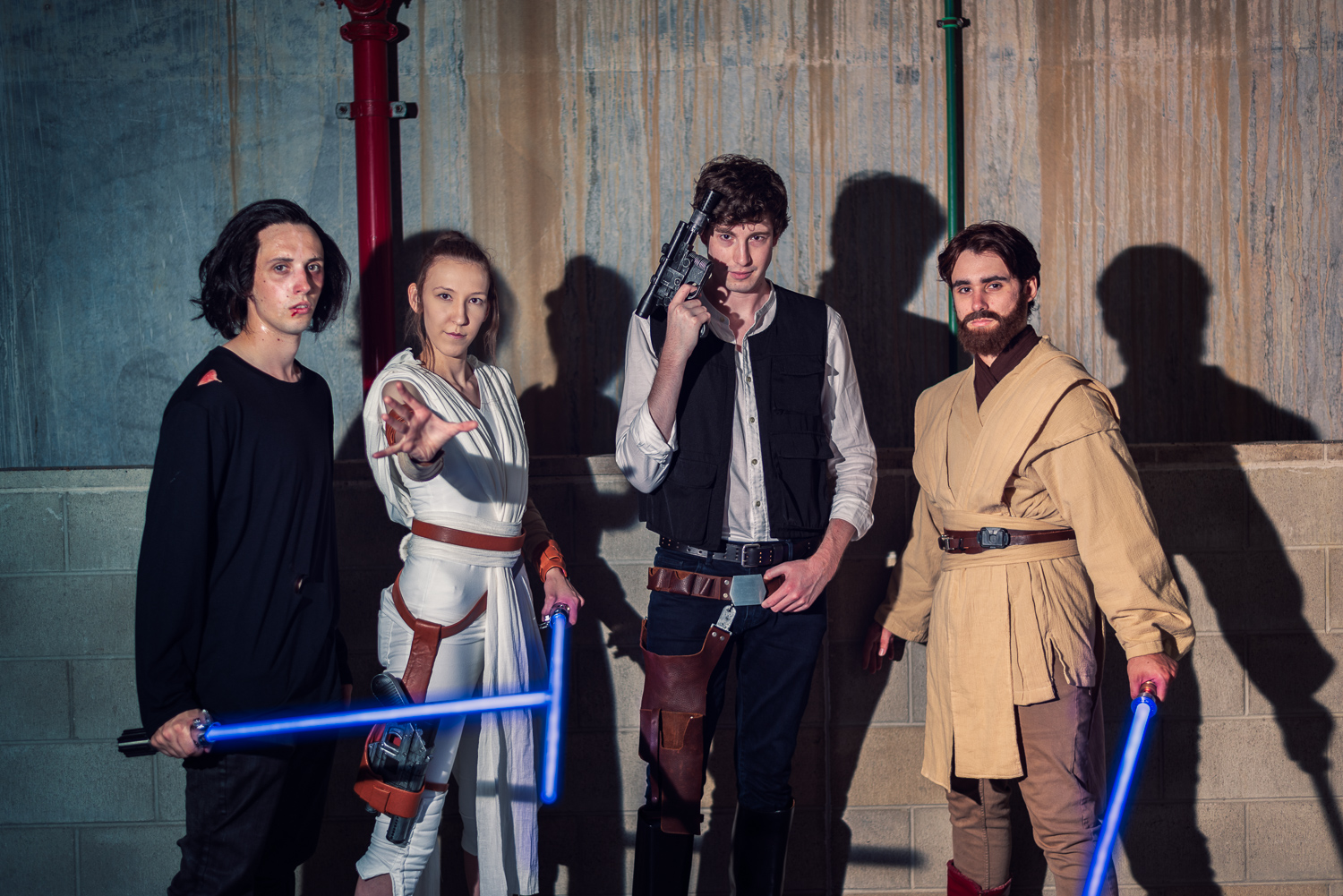 Over the weekend I attended the Gold Coast Supanova 2020. Through my eyes it was a more low key event compared to past years i’ve attended, with a few factors coming into play at one time. I did manage to get a couple of photo shoots in on the Friday of the event. Those being a Star Wars group shoot and a Catwoman shoot.

The Star Wars group shoot was almost like a Star Wars through the years journey with Han Solo with the Episode V (A New Hope) look. There was also Obi-Wan Kenobi with more of an Episode III (Revenge of the Sith) look and both Kylo Ren and Rey from the Star Wars sequel trilogy.

This shoot was a bit of a mix and match type of a shoot. Some of the whole group, some single shots, some with part of the groups and specific team ups, such as Rey and Kylo.

Below are some of the shots from the Star Wars Group shoot.

Following on from the Star Wars group shoot was a Catwoman shoot. This was working with different aspects of Catwoman ranging from emphasising her claws, to her cracking her whip and a few specific shots for a composite, depicting Catwoman perched upon a gargoyle overlooking Gotham City.

Below are some of the shots from the Catwoman shoot at GoldNova 2020.

← Previous: Summer Aries in the park

A couple of weeks ago we had the last Major Pop Culture event for 2019 in Brisbane, that being Brisbane Supanova 2019,...

END_OF_DOCUMENT_TOKEN_TO_BE_REPLACED

Back To Back Conventions

It's been a hectic few weeks and it's going to be rather hectic for the next couple of weeks. Not so much about...

END_OF_DOCUMENT_TOKEN_TO_BE_REPLACED

A Relaxed Harley Quinn Shoot and Exploring a New Location

Yesterday, I had an opportunity to not only discover a little spot in my home territory for photo shoots, but also to...